Before you go, did you know that simply by sharing this campaign, you could help it raise $30? It's an effective way to support the cause.

Not ready to contribute just yet?

Subscribe to email updates on progress of this campaign.

No thanks
Please help The Kish Family with Surgery and Hospitalization.
SubscribeUnsubscribe
✖
Gallery (0) 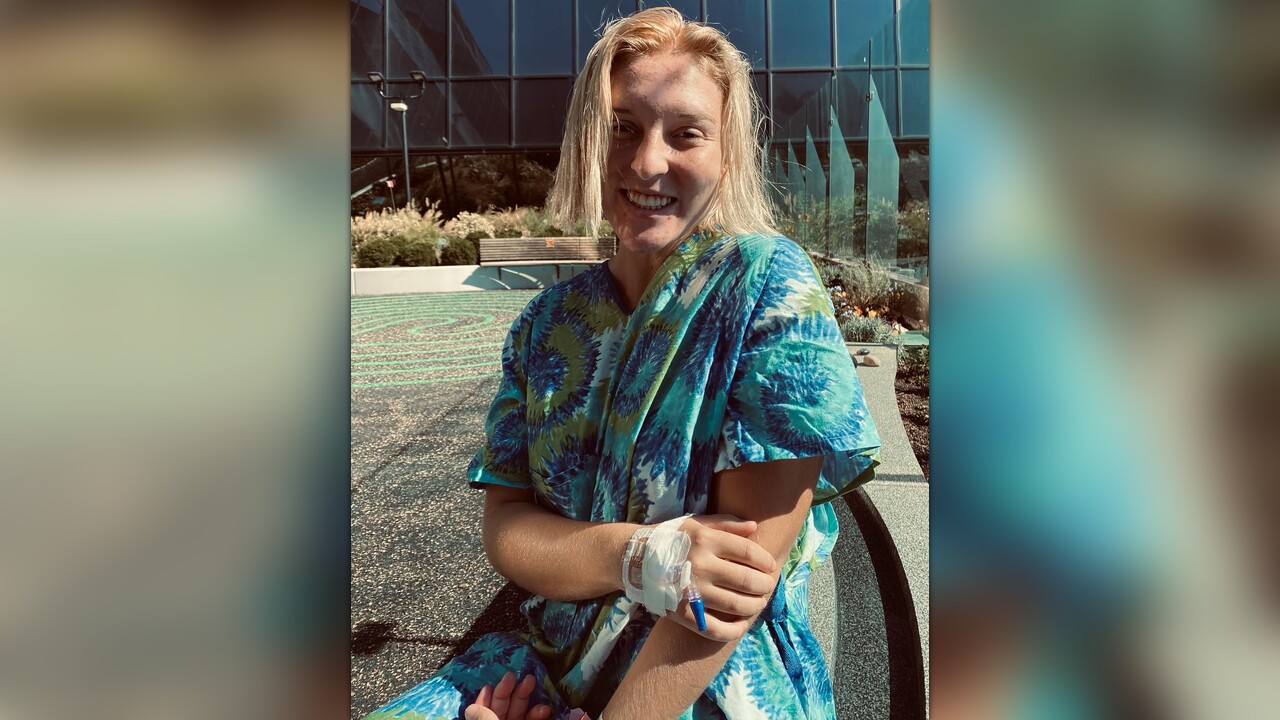 In 2019, our daughter's health took a serious turn. On 03/26/19 she had wisdom teeth surgery without complications. It wasn't until shortly after we were in for very long road of up's and down's. She started to developed shoulder problems that we thought were just muscle spasms or soreness. Over time she did about 6 months of physical therapy that constantly put her in tears and pain. After seeing many orthopedic surgeons we finally found one who knew what condition she had. She did 4 weeks of more PT that eventually made her pain level worse. She would cry every night saying "mom my shoulder hurts" or "mom my shoulder throbs". We met back with the orthopedic surgeon and he said "I think you have TOS but here is a surgeon who can treat you". We made the phone call and on 11/19/19, we had to meet with a vascular surgeon. He raised her right arm up and said "No pulse". On 11/22/19 she was in the OR having a Right First Rib Resection. She had a severe case of Thoracic Outlet Syndrome which is a nerve compression of the first rib and collar bone. She had numbness/tingling, severe shoulder pain, headaches, weak grip and no pulse. She ended up coming up to the Cardiothoarcic Floor for recovery and that night she went into anaphylactic shock from a medication reaction. Luckily a CT surgeon came in and saved her life that night.

After her TOS surgery, she developed complications. A couple months later, she began having intense trapezius pain with numbness going down her right arm. Over time her grip became weaker and she was unable to go overhead. For months she was told "Shoulder instability, Shoulder Myalgia". One night she came up and said "mom something is wrong with my shoulder, I can feel it". So we went to another orthopedic surgeon who said you have something called "Snapping Scapula Syndrome" a rare syndrome that is bone on bone that causes popping, clicking and grinding of bones. She was referred to a UVA specialist but we were told she was too symptomatic for anything surgical. She underwent dry needling, acupuncture and massages to try and help her. It all put her in tears to the point she was crying daily. It wasn't until the end of 2020, a VCU surgeon agreed to see her and evaluate. He did an MRI that caught a glimpse of something but wasn't sure. In December he scheduled her for surgery in hopes of helping her bursitis. On 12/26/20, she became extremely lethargic and pale. I knew something was wrong. We rushed her to the ER where they took her back immediately. She had a very low potassium (2.6), extremely dehydrated, low magnesium, body aches and uncontrollable shaking. She was diagnosed with covid and an unknown virus. She was hospitalized for days until she got stronger. She was able to have her Bursectomy on 02/01/21.

After surgery her recovery was still very difficult. She still had severe shoulder pain, weakness and a lot of numbness/tingling. A couple months after surgery she was diagnosed with CRPS type 1, Neuritis, Neuropathy and Impingement syndrome of right shoulder. Over time she was put on medication to help her pain but only made it worse. She did months of more PT to try and strengthen her shoulder, but PT only put her in tears again. After getting referred a shoulder and elbow specialist she was diagnosed with Severe Scapular Dyskinesia or Winging of Scapula. She did conservative treatments for years until her winging got so severe she developed nerve entrapments. During all of this her G.I/Colon stopped working. She had a weight loss of 41 pounds during 2020/2021, she had daily vomiting, severe stomach pain, feeling full after every single meal and pain in her lower abdomen that never went away. In 2021, she was hospitalized about 6 times with NG tubes, IV's, Pain Management and Multiple consultations. In June of 2021, she was referred to Children's National Hospital, Washington D.C. She got seen on 08/02 with the Pediatric Colorectal & General Team. They diagnosed her with 1. Severe Colonic Dysmotility, 2. Colonic Motility Dysfunction, 3. Pelvic Floor Dysfunction, 4. Generalized Motility Disorder, 5. Intestinal Dysmotility, 6. Delay of Gastric Emptying and 7. Idiopathic Gastrointestinal Disorder. She went through a series of testing there where her colon does not work the way it should. On 10/20/21, she underwent a life-saving colon surgery to help her. In November she had an MRA that was positive for MALS (Celiac Artery Compression). A rare compression that causes weight loss & vomiting. At some point she developed an Acute Kidney Injury that nearly put in her kidney failure. She was retaining urine (up to 500cc)  without knowing it. On 11/16/21, she had an SNS Implant that helps send signals to her nerves that help with bladder & bowel.

On 12/02/21, she underwent a Laporscopic MALS Release to relieve the compression as well as a tube placement. All done at Children's National where they have the only surgeons in the world who do certain surgeries to help children daily. With how bad her scapula winging got, she had 2 options: A Pectoralis Tendon Transfer or a Scapula Fusion to the rib cage. She chose the Pectoralis Tendon Transfer and had surgery on 12/17/21 at VCU Medical Center. Her recovery was one of roughest ones she had. She had uncontrolled pain, couldn't sleep and had a limited range of motion for so long, her shoulder had no idea what to do after surgery. She was in PT for several months and slowly she regained range of motion & strength.

At the beginning of 2022, we found out she a septum deviation that had to repaired. She was having constant sinus infections and trouble breathing through her nose. On 02/11/22 she had surgery to fix her deviation. Afterwards her sore throats, sinus infections and drainage continued more. Over time her G.I track kept getting worse to the point she would vomit every day, uncontrolled abdominal pain and pain after eating every meal.

Back in April of 2022, her gallbladder was inflamed and began giving her a hard time. After meeting with the general surgeon we made the decision to take her gallbladder out. On 07/07/22, she had a Cholecystectomy. Her recovery has been difficult to say the least.

We recently found out she will need a 4th shoulder surgery to try and control her winging in her shoulder again. Her local G.I provider referred us to Wake Forest Baptist Medical Center. She needed a hospital where they have the resources to help her. She had a smart pill study done that showed 1. Significant Delay of Colonic Transit and 2. Moderate Delay of Gastric Emptying. We found out her colon does not work at all the way it should. She was diagnosed with: Severe Colonic Dysmotility, Dysfunction of Large Bowel, Small Bowel Motility Dysfunction, Gastrointestinal Disorder, Intestinal Dysmotility, Gastric Disorder, Delay of Gastric Emptying, Chronic Abdominal Pain Syndrome, Chronic Pain Syndrome, Abdominal Swelling, Idiopathic Colonic Disorder, Disorder of Bowels and much more. With all of this she needs a life-saving colon surgery. We have to head to Wake Forest in November for a Colorectal Surgery Consultation.

My daughter was recently diagnosed with POTS, Hypertension and Pulmonary Heart Valve Insufficiency. She is on medications but has a difficult time with sitting to standing. She gets extremely dizzy and lightheaded. Her heart rate will go from 80 to 130 in seconds. Walking long distances gets hard for her as well.

With everything that has happened, my husband has rapidly declined. He is unable to walk on his own without help, he has mobility issues that make his walking very difficult for him. He is getting worked up for Parkinson's Disease and Lewy Body Dementia. He has so much trouble walking that he falls about 5x a day and is unable to get up on his own. He falls every day, he can not remember what he says or does and can't understand how bad is walking truly is. Very frustrating.

We are very hopefully our daughter will get a life-saving colon surgery, some answers as to why she has trouble digesting food and a plan of care moving forward. As for my husband, we pray for answers as to why he has such difficulty walking and remembering.

My daughter's main goal is to raise awareness for Depression & Anxiety for Teens with Medical Conditions. She wants everyone to know they are never alone and have so much to fight for.

Navigate to communications for the ability to change recipients, manage your drafts, and view/edit your scheduled updates.

YOU can put this campaign on the path to success. Be first to contribute
Show more
Browse View Slideshow Add Hide comments Comments ✕

Susan Kish is managing the funds for this campaign. The campaign is for a personal cause.